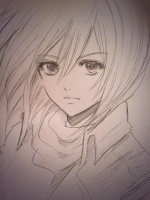 If it does not engage properly on the chain, then it is to be lowered across the chain as far as possible and lashed down in this position in such a manner, that if the cable does slip, the bar will fall into place across the chain.
TYPES OF ANCHORS:
There are a number of anchors available on the market today and every year it seems a few more designs come on the market claiming to be the best anchor available. However, nearly all boaters are going to find themselves using one of the few anchors below. Each anchor has its own set of advantages and disadvantages and it's difficult to select a single 'best anchor. Every boater's preference is going to come down to a number of variables unique to their situation but by using the information below you can, at the very least, make an informed decision.
Bruce/Claw Anchor:
The Bruce/Claw style anchor was developed in the 70's by the Bruce Anchor Group as an alternative to what was, at the time, the only general purpose anchor available, the CQR/Plow style anchor. Since then, the Bruce Anchor Group has stopped offering anchors to the general public.

The main selling point of the Claw is that it is an excellent all round anchor. It will hold well in most bottoms, although it performs less well in sand and mud. It is also easy to set and to retrieve and has a reputation for not breaking out during wind/tide changes. On the downside, its awkward one piece design can make it difficult to stow. It also has a low holding power to weight ratio, meaning you'll likely require a heavier Claw anchor than you would require for other styles of anchor.
Pros: Performs well in most conditions. Sets easily.
Cons: Awkward one piece design.
CQR/Plow & Delta/Wing Anchor
Of the most popular styles of anchors offered today, the CQR/Plow is easily the oldest, dating back to 1933. It competes with the Claw and Fluke styles of anchor as being the most popular anchor amongst recreational boaters.
Like the Claw, Plow anchors are known for performing well in most bottoms, although it does not excel in any one bottom. The hinged shank means the anchor turns with wind/tide changes rather than breaking out.
The most significant drawback is the old mantra of boaters "Any Plow under 25 lbs is useless". Because of this, for smaller boats under 30' or so, you'll need a much larger plow than you will for other styles of anchors.
The Delta/Wing anchor is essentially a one-piece plow anchor. It has the advantage of having slightly higher holding strength because of the one piece design but at the same time, it also loses some of its ability to resist breaking out during wind/tide changes.
Pros: Performs well in most conditions. Fits most bow rollers.
Cons: Hinged design can make stowage awkward. "No such thing as a small CQR/Plow anchor".
Dan forth/Fluke Anchors:
The Dan forth/Fluke anchor is one of the most popular anchors .
The Fluke anchor performs quite well in mud and sand. When set correctly, the flukes can penetrate the bottom with a lot of force, resulting in excellent holding power. The downside is that outside of mud and sand, the Fluke has very limited holding ability in bottoms such as kelp, rock, coral, etc.. When being set in mud or sand, these anchors do have a reputation for occasionally dragging along the bottom.
For day boaters or to use as a secondary anchor, the Fluke anchor is a suitable choice. For anyone boating overnight where an unset anchor has more dire consequences, another choice of anchor style should be considered.
Pros: Performs well in mud and sand. Arguably the most popular general purpose anchor. Stows easily on most bow rollers.
Cons: Does not perform well outside of mud/sand.
Mushroom/Grapnel and Other Small Craft Anchors:
There are a number of anchors on the market today designed for small craft such as dinghies, canoes, kayaks, and so forth. These anchors are normally small and compact to allow for easy stowage and have no sharp points to avoid puncturing an inflatable. The two most popular styles of these anchors are the Mushroom and Folding grapnel type anchors.
Most of these types of anchors perform well for what they are designed to do. The folding grapnel anchor has the advantage of being extremely compact when folded and it can also have immense holding power when it hooks into something. That's also one of its biggest flaws: once it is hooked it can be a challenge to retrieve the anchor.
Pros: Great for use as a lunch hook. Folds to allow for compact storage.
Cons: Not appropriate for non-temporary anchorage.
New Generation Anchors:
There's been a relative surge of new anchors hitting the market in recent years. Some of the most common of these anchors are the French Spade, the New Zealand Rocna, and the Bulwagga. These anchors are designed to set quickly and create high holding power. Some of them, Rocna, have a roll bar at the back which is supposed to ensure the anchor does not land on its back when trying to set it.
Many of these anchors have performed extremely well in third party tests. The biggest downside to these anchors is they can be very expensive (up to 10x the cost of other anchors: you're paying for their R&D costs) and they have little reputation, good or bad.
Pros: Very high holding power for many models.
Cons: Very expensive. Unproven.
At Anchor
After you have successfully deployed the anchor and it has set, you need to use a chain stopper to isolate the chain from the Windlass. Typically windlasses are rated for 3 or 4 times the weight of the ground tackle and not enough to handle larger loads generated in strong winds and waves.
To soften the load or shock load, from wind and waves, on the chain stopper and boat, use a chain snubber or an anchor kellet. Both of these devices will make life at anchor much smoother and enjoyable.


Anchor retrieval
Anchor retrieval is the most taxing on the Windlass. Just turning on the windlass and using it to pull you to the anchor is asking for trouble.
First step to proper anchor recovery is to turn on the boats propulsion engine. Next slowly motor up to the anchor (image 2)-thereby relieving the load on the chain-allowing you to pull in the slack quicker at low loads. Once the boat is over the anchor (image 3) put the engine in neutral and hold position.

Power Consumption; The other reason to motor up to the anchor is to keep the battery voltage from dropping too low. The boats engine alternator supplies the battery bank with power while the windlass is in operation. The windlass should never be used without motoring, the voltage drop can be severe so that a drop in windlass power occurs after only a few minutes.

Windlass Loads; The load on the Windlass will steadily increase as the tension in the ground tackle increases. Just before the anchor breaks free the Windlass sustains its maximum current draw and may be as high as 2-3 times the rated current. If the anchor becomes fouled take the load on the chain-stopper and use the boat to break it loose and then resume retrieval. Once the anchor has broken out, the windlass hauls the anchor vertically back to the boat.

on the ship have you got mix crew or vietnamese crew?